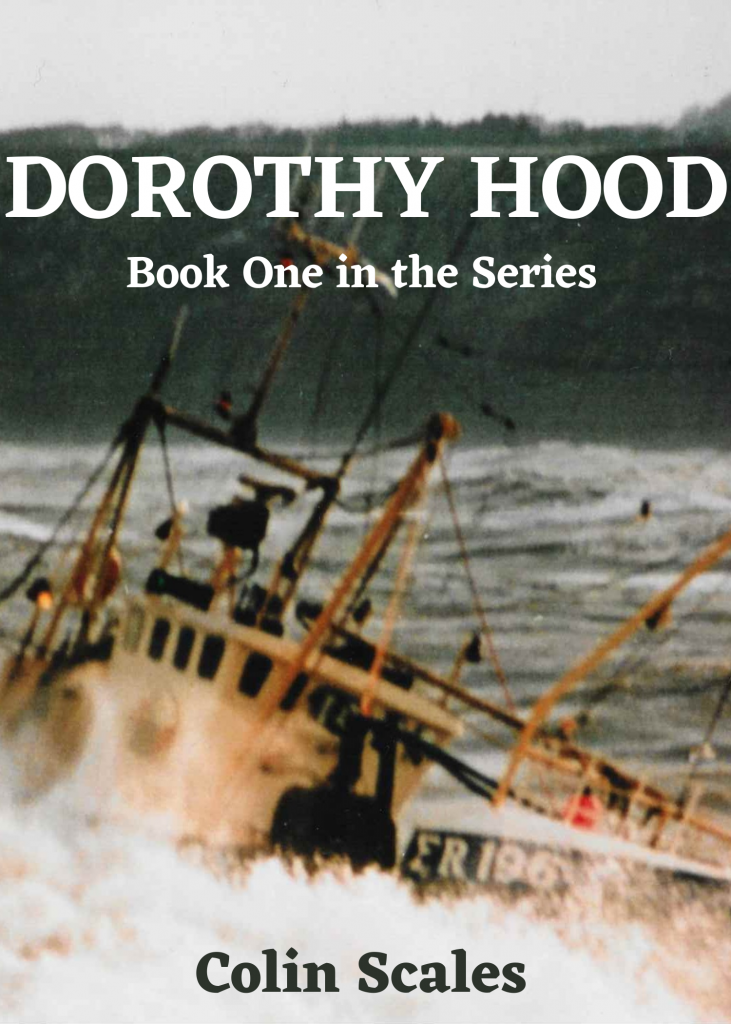 Dorothy Hood: Book One of the Series

Tom, a man on the verge of a nervous breakdown.

Fred is often confused and losing his memory.

Not forgetting Kevin, an unexpected, mysterious rookie. These are the crew of the Scarborough fishing trawler, Dorothy Hood, as she prepares to set sail on her final fishing trip of 1973.

Owner and Skipper, Tom, is carrying the weight of the world on his shoulders. After a year of poor catches and

GET YOUR FREE BOOK

expensive engine repair bills he is deeply in debt.

So much debt, he had to remortgage his house. Recently separated from his wife, Debbie, his sadness was magnified tenfold by the death of his beloved mother, Dorothy, four months previously. His main concern now is for his father, and fellow crewman, Fred. Fred`s memory lapses and episodes of confusion are now growing with increased regularity; just like the breakdowns of the Dorothy Hood`s ageing diesel engine.

Dorothy Hood isn`t just a story about four men on a sixty foot trawler in the depths of a North Sea winter, battling against all the elements nature can throw at them. It’s also a story about true friendship, jealousy, revenge and forgiveness. But more than that, it`s a story about the unbreakable bond between a father and his son.

Dorothy Hood: The Reunion
Book Two of the Series

It`s Skipper Tom`s birthday. And it’s nearly Christmas. That’s two good reasons to celebrate. All seems well in The Newcastle Packet as the crew of the Scarborough trawler, Dorothy Hood, gather for a drink before sailing on their final trip of 1974. Spirits are high; they’ve had a good year. All the debts from the previous year have now been paid off. There’s even a little left over for a few luxuries.

Tom reflects on the events of the past twelve months.

For a start, he is now reconciled with his wife, Debbie.

But her insatiable appetite for buying expensive things, and her sometimes offhand and ungracious attitude to his father, Fred, is already causing unease in their fragile relationship.

Fred`s deteriorating memory loss is now such a cause for concern, that Tom has had to reluctantly accept that this final trip of the year will also be Fred’s last, before taking up the permanent job of shoreman.

He is also constantly struggling to keep the peace between his wife and his best friend, Yorky, whose intense dislike for each other goes back many years.

On top of all this, he is still coming to terms with the loss of his mother, Dorothy, sixteen months previously.

Whilst the unexpected appearance of an old friend solves one big problem for Tom, it also creates an even bigger, deadlier one. This isn’t just a story about the survival of a marriage, a friendship, or the relationship between a father and his son. It’s also about survival from the most dangerous enemy of them all. The sea. 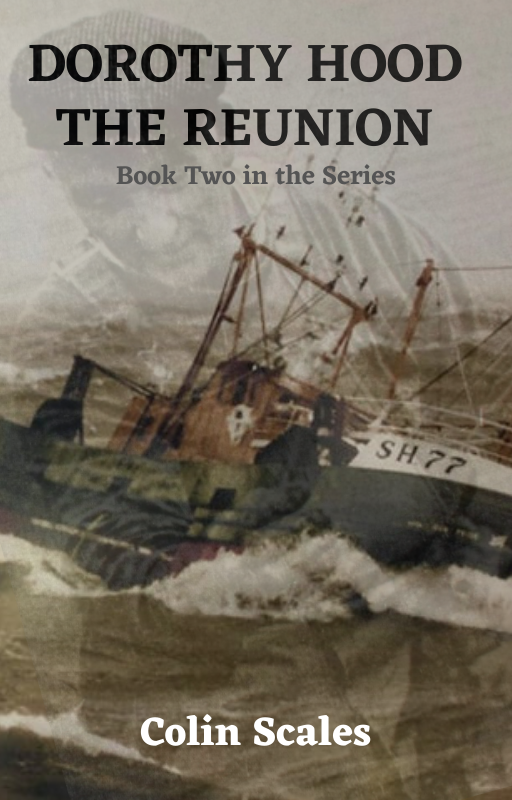 Scarborough trawler Our Pride returning to port in heavy weather.

His mission: To win back The Falkland Islands

At the age of thirty three, Commander Mike Mansfield is the youngest ever `Captain` in the Royal Navy. His first command is the type 42 destroyer, HMS Devonport. The weight of responsibility rests heavily on his shoulders. He is relentlessly tormented in a constant battle to prove he is up to the job, not only to his crew, but also to himself.

Does he have what it takes to overcome the doubts and fears of the two hundred and fifty two officers and men under his command?

Can he gain their respect?

As if he doesn`t have enough problems, his old enemy from his days as a sixteen year old Junior Seaman is never far away.

Gordon Bates has only one real pleasure in life; to inflict pain, misery and hurt into the lives of others, especially Mike. Luckily, his best friend Petty Officer Andy Hitchen is usually on hand to help and support him. Their unbreakable bond of friendship borne from the time they joined-up together back in 1966.

After an unfortunate maritime incident occurs whilst on a NATO exercise, Mike finds himself now facing a court martial.

Click here or on the image below to buy this book! 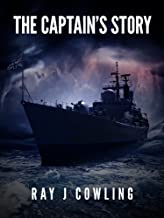 Will he lose his Commission and be dishonourably discharged from the Navy, or will justice prevail?

With his career in tatters and his marriage on the rocks, it seems things can`t get much worse.

Then, another fight appears on the horizon. The ruthless ruling Military Junta in Argentina invade The Falkland Islands. HMS Devonport is sent to the South Atlantic as part of a British Task Force, to reclaim them back for Britain.

Can Mike rise to the challenges ahead?

Does he have the courage within himself to equal the bravery of his crew?

Is he prepared to make the ultimate sacrifice to win back The Falkland Islands?

Does he have what it takes to help win The Falklands War, and bring his ship and her crew back home safely?

Could this be his true destiny? 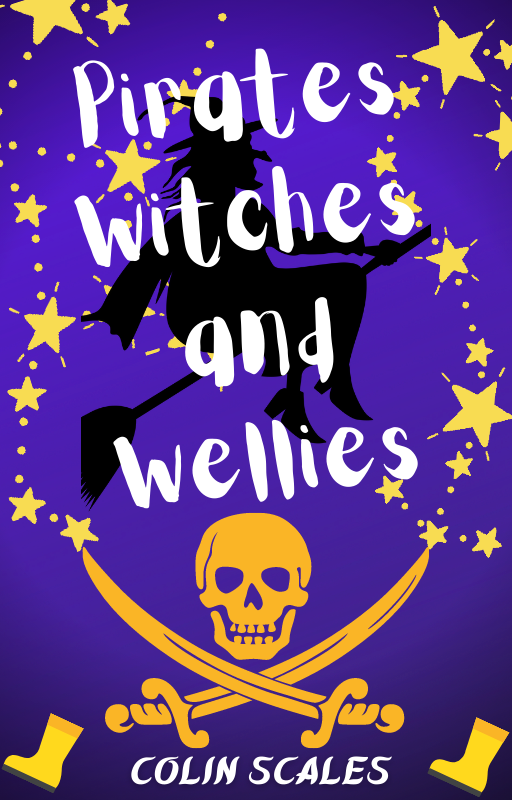 It`s 1966. Three thirteen year old boys are up to their usual high jinx, daring each other to knock on people’s doors, then run away before getting caught. However, they are soon distracted when a strange `pirate` ship docks in the dead of night. Intrigued, they sneak onboard and soon discover that the `pirates` they do encounter aren’t quite what they expected.

It is in fact, a pirate radio ship.

When Radio 333 DJ, Mickey Silver makes the very first broadcast from the vessel, it is a revelation for dreamer, Roger. He decides there and then that when he leaves school, he is going to be a Disc Jockey. But first, he is desperate to meet his new idol, Mickey.

What he doesn’t realise, is that in the course of doing so, he will discover earth- shattering news about his family that will take him and his two friends, Woody and Malcolm on a thrilling, and sometimes dangerous journey hundreds of miles across the country. In persuit of their quest for the truth they encounter more pirates and a real life witch. Whilst trying to solve the mysterious death of a loved one they find themselves rubbing shoulders with a government minister; getting embroiled in one of the greatest crimes of the twentieth century and searching for lost, hidden treasure. This is the story of Roger, the determined dreamer, Woody, the discerning daredevil, and Malcolm, who never took his wellies off.

GET YOUR FREE BOOK 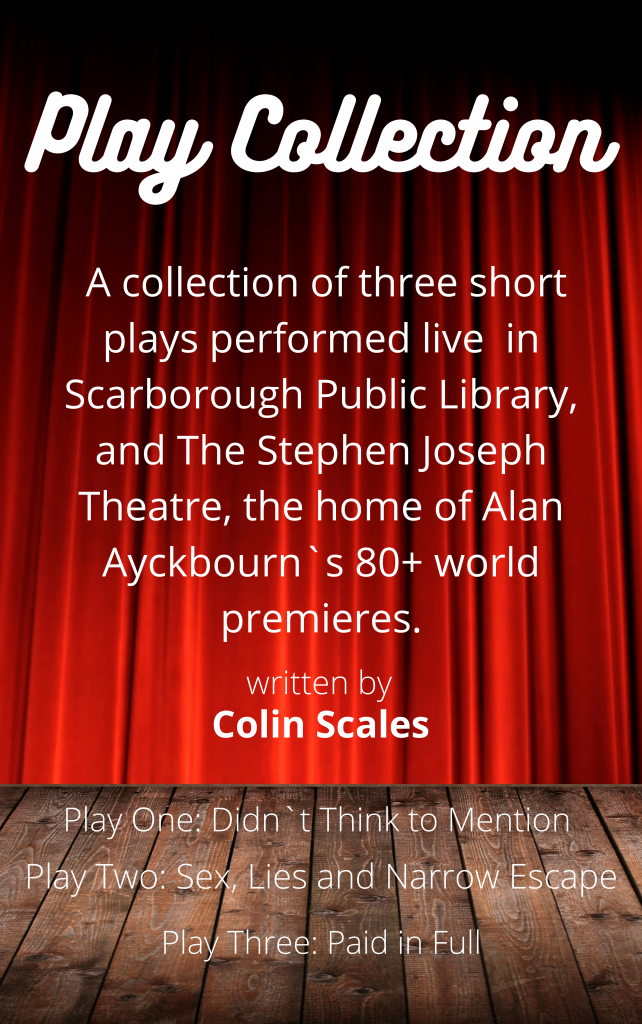